Training leading up to Squamish had actually been ok. Well it had been lousy for so long, and things had started to improve, and my body was responding, which felt good. I ran the Powderface 44k “marathon” on June 30th. After this my left foot was a bit sore, which meant more recovery than I had wanted, but if nothing else, I’ve learned over the last year and a half to give my body whatever recovery it asks for. We went on vacation to my in-laws in July, which coincided well with recovering from Powderface. I took it easy, took a week off running, and got fat (j/k). END_OF_DOCUMENT_TOKEN_TO_BE_REPLACED

I think there are a lot of people who are happily giving 2016 a big ole shove out the door this weekend.  While I am saddened by all the celebrity deaths, especially Carrie Fisher this week, personally, I had a really good year, and want to celebrate it.  So here goes, I’ve got  13 photo’s for you, with  13 highlights through the year.

END_OF_DOCUMENT_TOKEN_TO_BE_REPLACED

It’s hard to believe that it’s been a month since Lost Soul already!  I’ve been taking it pretty easy on the running front, and am feeling pretty well recovered.  I’ve wanted to do a post summarizing my training, partly for myself, but also because I’ve had a few people message me asking me questions.  I thought it would be beneficial to write it all out. END_OF_DOCUMENT_TOKEN_TO_BE_REPLACED

Someone asked me this week when I got my first Garmin, I had to think back… I ran my very first Half Marathon 11 years ago this coming fall.  It was the Okanogan Half. I had run a bit before that point, at least one 10k race in Banff, and I had done the 5k portion of a sprint Tri.  I was really a rookie runner though.  There were 5 of us that decided that training for a Half sounded like a fun goal.  We picked a training plan, and decided that a goal of 2 hours sounded good.  I didn’t have a clue at that point, I didn’t know that you should pick your goals based on your fitness or abilities.  It sounds so stupid, it’s almost funny now.  My now husband Tim and I trained together, we did almost every run of the training schedule (5 days a week) together, and then we raced it together.  We did come in under 2 hours, right around 1:58 I think.  I was hooked! (well on him, and on running but this blog is about running….)

So back to the Garmin, I didn’t have one then, in fact the first Forerunner was released the following spring.  We measured our Long runs ahead of time with a bike, and had landmarks picked out where we knew there were even km markers.  It’s such a strange thing to think back to.  Running without technology.

I tried to think back, and I’m pretty sure I bought my first Garmin Forerunner in 2003 when it was first released.  I was working in the IT (information technology) department of a big Engineering firm, and was used to being around gadgets.  My boss, who was a runner, came into work with this amazing new device – a GPS to track running…. well I was sold!  It was sure a clunker of a thing, took AGES to find it’s satellites  lost them if you ran near trees or buildings, but it was still pretty awesome! 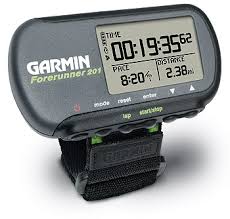 I think that I could have downloaded the data from this Garmin onto my computer, but I don’t think I bothered.  I didn’t keep any sort of running log, I just followed my training schedule to get to my races, and didn’t worry much.  Fast forward to today, and I’m obsessive about charting, and recording every single km I run.  (Perhaps to a fault… )

Well I lost that GPS in a fit of moving related insanity (true story… but I’ll share it on another date and time – hint, it involves throwing it out and dumpster diving).  My next Garmin was the Forerunner 305.  This is when I started downloading and storing the data from my runs and I think I have most of the km’s I ran with this garmin saved in my logs on my computer.  This GPS was stolen when our house was broken into.  I went out and bought the newest and supposedly greatest model, the 405.  I still have this GPS, and though it has a lot of little things that I don’t like, it has served me well and is still ticking.

Some stats from my computer (I LOOOVE that I can look back at runs from 5 years + ago and see how far and fast I was moving).

According to Garmin Connect (which doesn’t have complete data until 2009 or 2010) I’ve run:

These stats also don’t include my inside km’s.  I’m now tracking everything via Dailymile, and according to those stats I’ve actually run 573 km’s this year. My goal for the year is to run 2013 km’s in 2013… I’m a little behind in my mileage so far, but I also have been ramping back up following having our second daughter Olivia back in September.

Sorry for the geeked out number’s post, but I love that I can look back and see these stats, and know how I’m progressing!

I’ve decided to start a new blog. The title refers to my running and that is going to be a major topic here, but I think I’ll also use this as a place to brag about my family. I chose WordPress as it had a well reviewed app for my iPhone. It will be a bit of an experiment at first to see how the posts work from my phone.

Day 1: Today’s run was a tempo on the treadmill. I’m training for a couple half-marathons this spring, the first will be a B race as it often has inclement weather. I’m loosely following the ‘Own It’ plan from the book Train Like a Mother. Loosely because I’m just 5 months postpartum and prone to injury. As for today, it was a tempo, 1 mile wu, 2 mile tempo @ 7.0 mph (5:20/km) and a 1 mile cd.

Picking training paces has been a bit random as I have no idea of what I’m currently capable of. I had some huge PR’s right before I got pregnant with Olivia, but honestly doubt my ability to ever match them again. I have calculated some training paces based on a 2 hr half marathon and will work with those for the time being.

I spent my morning today with Maiya at her Gymboree music class. I would have had no idea that she was even paying attention, except that she was running around singing songs from class tonight. I also put Olivia in the jolly jumper for the first time in a while. She doesn’t quite know what to make of it yet, but it is fun to have her interacting and playing more. 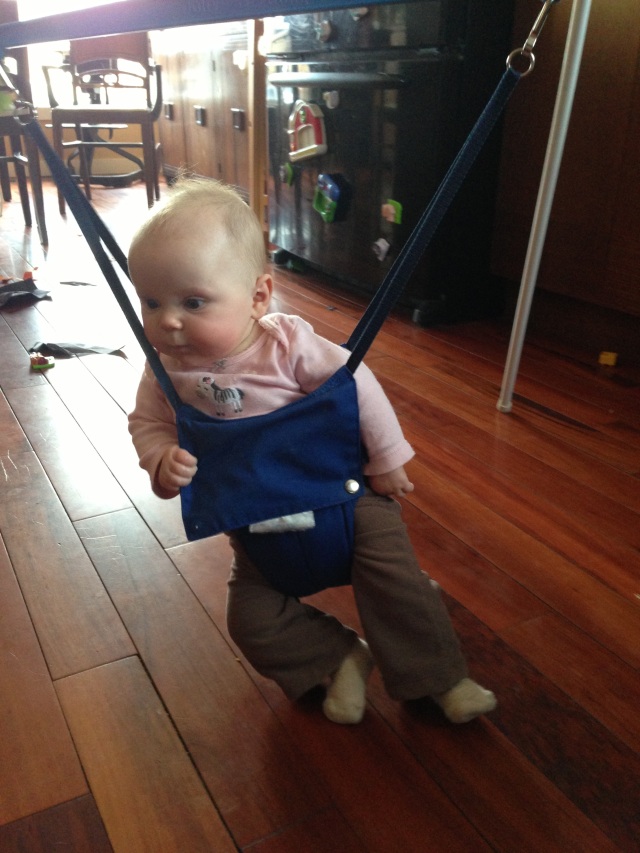 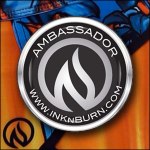